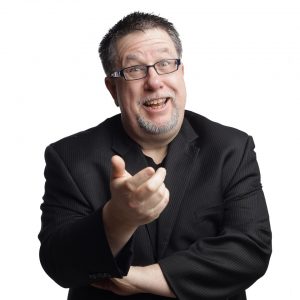 Steve Dotto is Canada’s favourite geek. For over 20 years, as host and executive producer of Dotto Tech, a nationally syndicated TV show, Steve entertained and educated millions of Canadians on all aspects of technology.

After spending 20 years in traditional broadcast Steve re-invented himself learning the world of social media, online community building and Internet Marketing as he build his YouTube channel into his new career.

YouTube is Steve’s new network of choice, where he serves 2 communities, a traditional “How To and Productivity” stream, which follows his TV tradition, and a new focus on learning the keys to growing and ultimately monetizing a Social Network, specifically, a YouTube channel.

Join Steve Dotto for an enlightening presentation on using his “Social System” to build you mail list and community.

Steve has developed some unique techniques using Webinars and a Learning Management tool (Thinkific) to build his mail list, and even make money doing it.

In this presentation Steve will show you how to create a Content Marketing Strategy to build you list and create a long term digital asset, using an informational webinar as a base.

This is Online Marketing Gold.

What SOHO Attendees Are Saying

"I attended SOHO Victoria this past year. It was a great day well spent, listening to great presenters, connecting / networking with other attendees, gained some insight for my business and walked away inspired.
I already signed up for next year. I would suggest going to SOHO, you will definitely find value in attending." ~ Daria Bunting

Get connected with
SOHO SUMMIT.

#SOHOsummit is much more than an annual event. Connect with us on Twitter, Facebook and Instagram to stay abreast of the latest news, resources, advice and developments relevant to your business.

Get the latest SOHO news and exclusive offers straight to your inbox.